Hi, there is Golden Polish Autumn outside and that is always for me time of thinking about the past. Today I was thinking when my computer software passion stared. And I am wondering about your first time when you seat in front of the first computer and you realized that this is your life passion that turned after years into what you do for life. For me, everything started when I was 7 years old boy and I realized that I want to be the computer guy. I did not know what that exactly meant and what computers guys usually do but I really want to learn that and become one of them and understand computers. Later on, I had a chance to use borrowed PC, it was 286 PC with Turbo button and I could not sleep the first night when I used Norton Commander in DOS 5.0 and launched and played computer games. For a first night, I played until 3 AM morning into Prehistoric 2, great game by the way. Looking back my passion turns out very quickly into making profits. Usually, that were very small amounts of money but there were nice options to get something, in High School I helped with operating systems and shop software installation in friend shop and after that, I get Jerzy Grębosz 5 parts books about programming in C++. I want that fee after that work to invest that knowledge into my development, that also was a first time with FPP software that was the best shop selling software in the country made by Szymon Słupik in CDN if I correctly remember. Later my software skills gave me money for dating meals like pizza or ice creams with my beloved featured wife after I made solutions for Technical University students for projects they need to pass at school. And later I found the first workplace when most beneficial work was making software and sell it to company customers. But like I said I was 7 when I decided to be computer software professional. Am I wondering about your first decision about that? Do you remember first time with a computer? For mu daughter computer passion seams to start already but I cannot ask her yet, because she cannot speaks yet, but knows already how to rearrange icons on my MacBook Pro desktop :). 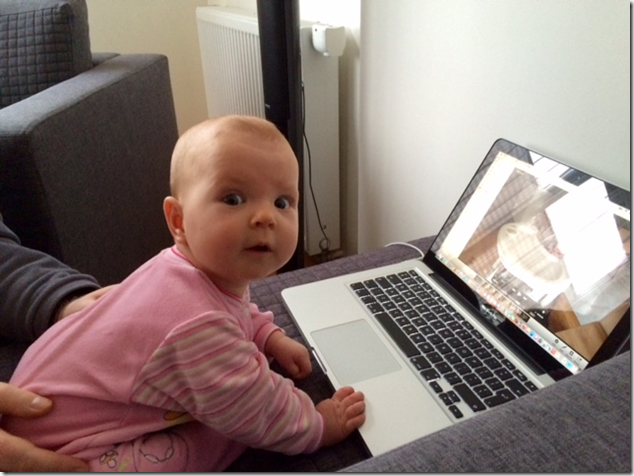